Avi Dabush, director of Rabbis for Human Rights, talks about life under constant rocket fire in Sderot and the need for peace with Gaza in an interview with the Jewish Chronicle on 22 March 2020:

Trying to foster a welcoming Israel has always been something close to Avi Dabush’s heart. The director of the Rabbis for Human Rights campaign group lives in Sderot, a town bordering Gaza which is under constant threat of rocket fire.

“For our children, it’s really bad. Most of them are in treatment, including my kids,” he told the the JC earlier this month, at the end of a speaking tour of the UK organised by the pro-peace thinktank Yachad. “It is a cliché of politicians, but for my children I have to do more and I have to try to influence more. If it was better for [the children of Gaza] — and it’s a terrible life in Gaza — it will be better for my children. And this is not only what I’m saying, it’s what the army is saying.”

Mr Dabush was speaking three days after his country’s third general election in less than a year, and before the coronavirus outbreak forced much of the world — including Israel — into a lockdown. Some Rabbis for Human Rights volunteers who had gone to help Palestinian farmers in the West Bank bring in the olive crop last year, he said, were attacked along with those farmers by Israeli teenagers from a nearby settlement. 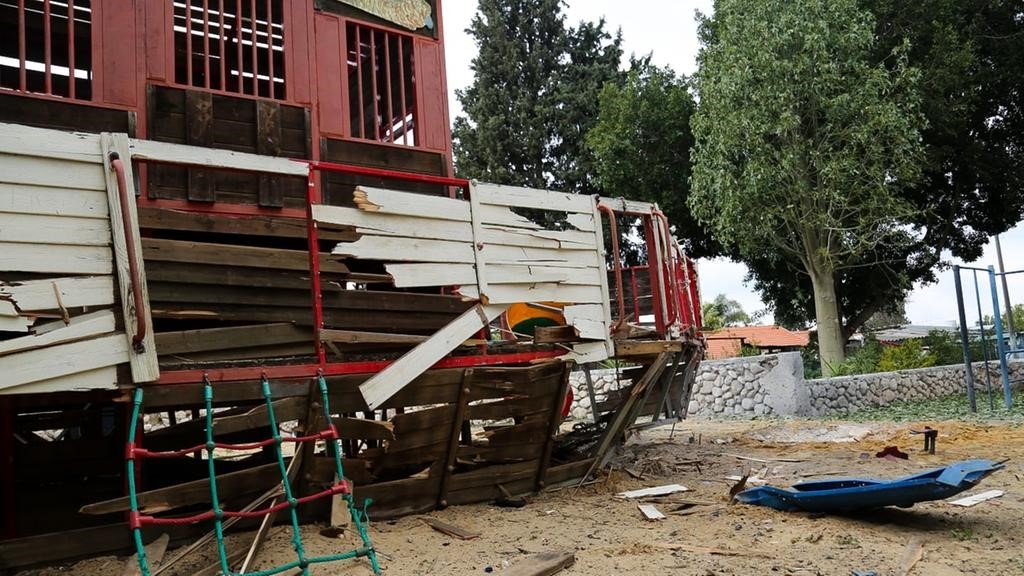 The site where a rocket fired from the Gaza Strip hit a playground in the Sderot last month (Photo: Flash 90)

One of their number, 80-year-old Rabbi Moshe Yehudai, had his arm broken in the attack. Avi Dabush said that incident “emphasised the mission, which is very practical: it’s not just talking about human rights, it’s being there.”

He also spoke of the impact of the Trump Peace Plan, over which he is sceptical. Despite enforcing Israeli’s “right to be there”, which was “no small thing”, he branded it an “election trick”. “Maybe Netanyahu will push to do what he says. Most of the time he doesn’t,” he said. “They [the voters] know that most of the time he lies and you can’t trust him.”

Given Rabbis for Human Rights lobbies for social justice in Israel, why was Mr Dabush in the UK.

He said diaspora Jews were important to Israel’s flourishing. “I can’t accept the notion of some Israelis that they are not connected [to Israel]. You know, ‘those Jewish people, if they want to come here and be a citizen, and if not, don’t talk about Israel’.” 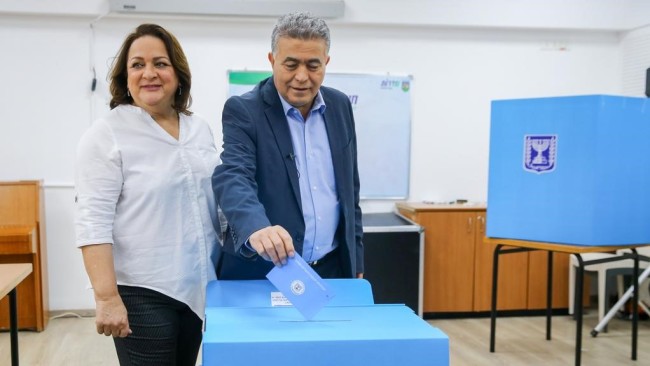 A one-time parliamentary candidate for the left-wing Meretz party, Mr Dabush said the Israeli prime minister was the reason why is former party had fared so badly in the polls. Meretz, in alliance with Labour and Gesher, scraped just seven seats in the Knesset, four fewer than their previous combined today.

“A lot of people right now, their first priority is to push Bibi away,” he said, adding the Blue & White pushed the message of “Bibi or not Bibi” in the final weeks of the election. Meretz leader Nitzan Horowitz’s decision to enter an alliance with Labour was another factor, he added: “his emphasis is not so much on human rights… so in a sense they even lost their uniqueness.”

Mr Dabush lamented the loss of the voice of the Zionist left in Israeli politics — “This is the strain that established Israel and it almost doesn’t exist any more” — and pointed to a school of thought which says: “you were slaves in Egypt, and now you’re out and you have sovereignty and you can think: ‘I have the power, so I want to have slaves, I want to be in power and to use that power’.

“But no, it’s the opposite: because you were [a] slave, you will not do it to others.”

Read the original article here.  If you would like to donate to BFRHR, find more information on the Donations page