Following a successful harvest season, in which volunteers went out to harvest with Palestinian over 700 individual times in the Northern West Bank. There, on the ground and in the olive trees the truth of solidarity was revealed. Standing together for justice, peace and human rights is the only way that each olive harvested will grow again into another tree that can be harvested in peace and with equality.

Unfortunately, the harvest this year, while it was a success in terms of how many people we brought out, the solidarity and awareness we raised, we cannot help but be profoundly disturbed by the frustration, anger, pain of the farmers. At one point during the harvest we were joined by diplomats. In a frank and pointed discussion the farmers effectively made the case that their harvest is severely disadvantaged from the beginning, because they are Palestinians. They have a fraction of the access to their trees that a Jewish settler olive farmer would have and they are under constant threat of violence from settlers and from security forces which is further aggravated by the indifference by the army and police toward the violence. Beyond that, the Israeli public, in large part remains insensitive, numb, uncaring and almost selectively unaware of the plight of the Palestinian olive farmer. 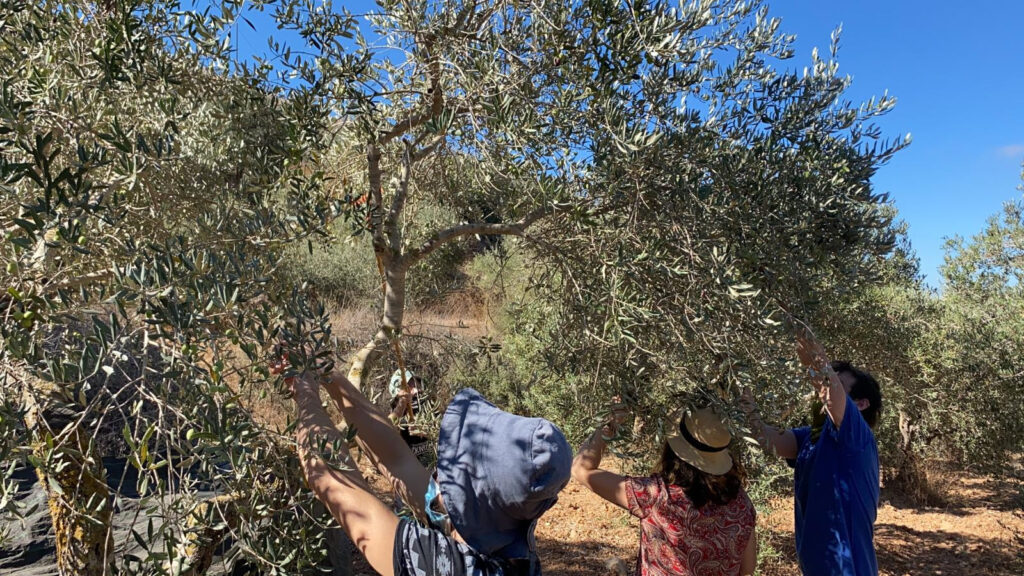 Beyond this is the constant threat and enactment of real, physical violence against person and property, perpetrated by settlers and all too often backed up or ignored by security officials (soldiers for example). While this is the norm for many, many years in which soldiers stand idly by as settlers attack Palestinians or activists, The Defense Minister has finally addressed this, subsequent to the reports and evidence presented over the years by NGOs. We hope and demand that the army will now protect Palestinian civilians and activists against this endemic of settler violence

Our partner farmers feel this ALL THE TIME! RHR too has felt it quite literally, having suffered an attack on our volunteers and staff in late October and so too have other volunteers, in other locations, such as our good friend Rabbi Arik Ascherman who was attacked with other activists, by settlers, who went after them with stones and clubs, injuring them enough so that they required medical attention. (RHR’s statement on the attack). Our Friends at Yesh Din and at B’Tselem continue document the general use of settler violence and the disturbing numbers of instances during the harvest.

For more items on the harvest and the violence, see here (Haaretz) and here (Washington Post) and here (MENA/The National).

Of course the harvest is about more than violence. It is about solidarity, co-activism and for Rabbis for Human Rights and some of our friends, fellow clergy and others, it is about our faith and the way that we pray with our feet and with our hands in the olive trees.

Now, with the end of the harvest and the weather turning colder we begin to think about what lays ahead. In the late winter we will be planting olive trees in the West Bank and now, we will focus more on our efforts to work in coalition with others to accompany Palestinian shepherds in the Jordan Valley.