As we prepare for the celebration of the Passover, the Jewish holiday marking the Israelites’ liberation from Egyptian slavery and the beginning of their cohesion as a “people,” Rabbi Arik Ascherman, senior rabbi and president of RHR, shares his Passover thoughts on the holiday, the horrors of housing demolitions,  and RHR’s upcoming High Court date that could end them for good.

JUST AS THE HAGGADAH BLESSES GOD FOR REMEMBERING GOD’S PROMISES, SO MUST WE REMEMBER OURS.

On April 28th at 9:00 am Judges Rubenstein, Fogelman and Solberg will hear RHR’s Petition to Return Planning Authority in Area C to Palestinian Hands. In My Heart Will be the Owners of the Hundreds of Homes I have Watched Being Demolished, All of the Children Looking for a Favorite Toy in the Rubble, and All of the Families Destroyed Along with Their Homes.

Many commentators through the ages have asked why we would need to bless God for keeping God’s promises. Would we expect anything less of God? Perhaps the Haggadah is reminding us mortals what we learned as children, “Promises are meant to be kept.” Most of us consciously or unconsciously live our lives trying to keep promises that we made out loud or in our hearts, either to ourselves or to others. Perhaps we are all judged on the what we decide to promise, and to who.

I sometimes wonder whether we remember the promise we promised to ourselves to establish Israel as a country based on “freedom, justice and peace as envisaged by the prophets of Israel,” that would guarantee “total social and political equality, regardless of religion, race or gender.” (Israel’s Declaration of Independence.)

I see that RHR’s dedicated staff are committed to the promises that they have made to themselves, their children and those whom we seek to help. I recently wrote how OT Legal Department Director Quamar Mishirqi Assad sees her grandfather in her clients. (We wish Quamar, “Happy Easter.”)

In Israel we are anxiously awaiting the results of the Alaluf Committee on the War on Poverty. Led by Rabbi Idit Lev, the director of RHR’s Socioeconomic Justice Department, we have managed to throw a media spotlight on the committee that seems to have changed many of their recommendations for the better. However, it isn’t coincidental that we also demanded that the committee actually hear from the poor we work, instead of just talk about them. This is of course a matter of principal on our part. However, our demands also come from the very deep commitment and personal connection and we feel towards those whose eyes and stories have found a home in our hearts. (Rabbi Lev will be in the U.S. in May, visiting Los Angeles and attending the Rabbinic Assembly’s convention in Dallas, and potentially in additional locations. If you are interested in either setting up or attending an event, please contact Sarah Zur at rhr.sara@gmail.com.)

In recent years you have heard a little bit less about home demolitions in the OT, and perhaps that gave the impression that we abandoned the topic in favor of other issues. However, back in 2004, even as I was on trial for blocking bulldozers that had come to demolish homes that were “illegal” because intentionally discriminatory building and zoning plans made it almost impossible to get building permits, we realized that blocking bulldozers was not enough to stop demolitions. It may be a Guinness Book of World Records for the longest amount of time preparing an Israeli High Court case. Ten years ago Netta Shiff-Amar (Founding director of RHR’s OT Legal Deparment) and I, along with JLAC, ICAHD, St Yves and Bimcom, began work on the appeal about to be heard. In the ensuing years we actually did submit an administrative appeal to stop demolitions in East Jerusalem. But the residents of Isawia opted to withdraw the petition. The Municipality told them that they would allow several additional homes slated for demolition “only” to be sealed if the petition was withdrawn. If not, the homes would be put at the top of the demolition list.

Just as God didn’t forget, I hope that we have kept the faith, didn’t forget, and won’t forget. For the last ten years, behind the scenes, we continued to work for the day we could look in the eyes of all those who we helplessly stood with as security forces surrounded the home and the bulldozers arrived. On the walls of our conference room one can find pictures drawn by children whose homes had been demolished. We remember the families literally sitting on suitcase waiting for the bulldozers. We remember all the times we ran to get around security forces shooting tear gas at us, and helping families dismantle doors, shutters and anything else that could be saved. I always say that I wouldn’t wish on my worst enemy to be present when a child comes home from school and discovers rubble where his/her home had stood that morning. Every time I hear a pneumatic drill I have flashbacks.

Two of the founding rabbis of RHR, Rabbis Rabbi Ben Hollander z”l and Max Warschawski z”l were there when the Shawamre home was demolished for the first time in 1998. Rabbi Hollander said that watching the home being demolished was one of the worst days of his life (and helping to rebuild one of the best).  Rabbi Warschawski’s daughters frantically tried to move him as the bullets flew around him. He wouldn’t budge, and simply said “This is where I need to be.” Over the years our board has had many serious debates about civil disobedience. At one such meeting Rabbi David Forman z”l said that “In general, civil disobedience requires prior authorization. However, the policy of administrative home demolitions is so evil that no prior authorization should be required.” 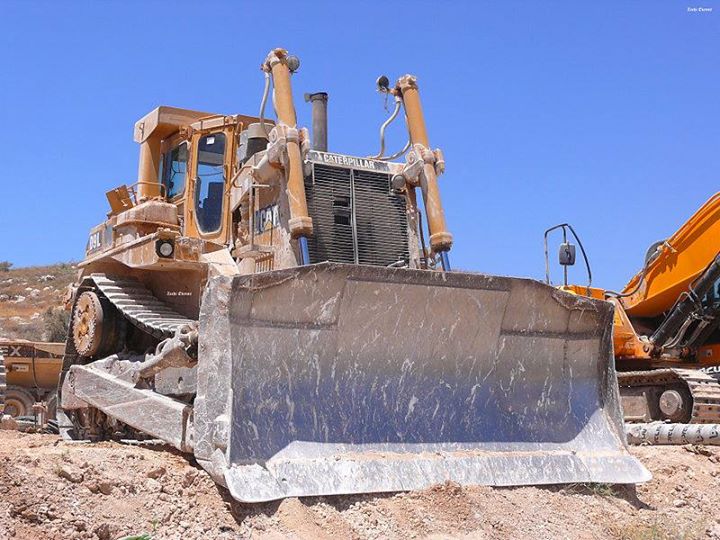 We have seen all too often how the bulldozers didn’t just demolish a physical structure. They demolished a family. We remember all of the top students whose grades plummeted, the older children who would wet their beds because they were too afraid to leave them in the middle of the night and the marital tensions. We remember the pain of parents whose children no longer had faith in them because they hadn’t been able to protect their children. We remember the child who asked his parents whether he would be able to save his bicycle and computer if the bulldozers came again. Yes, more than anything else we remember the children.

In many ways the matter is not in our hands, but in the hands of High Court Justices Rubenstein, Fogelman and Solberg. It isn’t really so surprising that in the Torah there are places where it isn’t clear whether the word “Elohim” is referring to God (As it usually does), or “Judges.” The power of the judge to determine fates is enormous. The Israeli High Court under Chief Justice Grunis is much more reluctant to intervene than his predecessors. Will the judges believe that thousands of families being turned into criminals for the crime of wanting a home indicates that something isn’t working right (If the goal is to allow people to live in dignity), and that hundreds of homes demolished a year is a humanitarian tragedy that lies within the courts mandate? What weight will they give to the fact that we have created one system for granting permits in settlements and another for denying them to the Palestinians next door? (In Jewish religious terminology that is calledeifah v’eifah). If, as most objective legal experts believe (Click here for the expert legal opinion of Professor Marco Sossoli, and click here for additional background information and the text of our appeal) Do they believe that even if the Israeli government maintains that the Fourth Geneva doesn’t apply in the Occupied Territories that there is a limit to how much the military government is permitted to embitter the lives of Palestinians? Do they believe that we have minimal obligations towards them?

The Talmud says that the seder begins with denigration and ends with praise. (Pesakhim 116a). This is usually understood as the references at the outset to the fact that our ancestors were idolaters. However, just as the midrash teaches that God is in exile when the Jewish people are in exile, my rabbi and teacher Dr. Larry Hoffman teaches that the Haggadah is very influenced by the Greek symposium, in which participants would begin by denigrating their gods and end by praising them. If this seems to be bringing us to a problematic place theologically, let us remember that the rabbis spoke a great deal of how the actions of the Jewish people individually or collectively reflected on God, causing either Khilul HaShem, the desecration of God’s Name, or Kiddush HaShem, the sanctification of God’s Name. In Deuteronomy we are taught that when we observe God’s commandments other peoples will recognize our wisdom and our God (Deuteronomy 4: 6-7). Demolishing homes and families because building plans were manipulated to prevent people from having a fair chance to build legally disgraces the State of Israel and therefore desecrates the Name of the God of Israel.Just as we bless God for calculating and bringing our slavery to an end, we now have an opportunity to put an end to discriminatory planning that leads to demolitions. That would be worthy of praise.

For those of us who stood and blocked and demonstrated, shouted, and even stopped demolitions for a time, we might have a chance to say, “We remembered; we brought this to an end; we kept our promise.”