This column was written before the demonstrations by Bedouin and their supporters in the Negev began, and before right-wing Knesset members turned from their parliamentary work in order to, in an unprecedented fashion, “devote themselves” to agricultural work with the aim of setting the Negev on fire. The article was written about our work in the OPT, but the words in it are doubly relevant after seeing how JNF tree planting has become a symbol of violence and hatred in the Negev.

Jewish supremacy and Jewish terrorism are disgusting and shocking, especially when one remembers that Judaism is rooted in standing up to power. The culture of violence found in Jewish rioting gangs is dangerous and requires us to correct it.

The year of Shemita is a wonderful Jewish invention to me. To paraphrase the lyrics of the song “Shabbat Hayom Leh” you can say: If I had the strength I would go out in Elul to the market and shout: The shmita is coming! If I had the power, I would also apply it in practice in my life. A year without work. With connection and spiritual intention. With the renewal of the mind and body. With significant debt waiver. With the no man’s land and sharing of our fertile fields and orchards. With a reminder that we belong to this country and it does not belong to us, in the words of Rabbi Froman.

I was very “happy” to find out that there are many who are pious and zealous regarding the shemitah. Much more than I thought. When “Rabbis for Human Rights”, the organization I head, announced that on the next Tu Bishvat we will go to the Nablus area to assist in planting for Palestinian farmers whose vineyards have been damaged, there were some who were bothered by the connection between planting and shemita. The answer to this can be found in the ruling of Rabbi Shlomo Goren (Chief Rabbi of Israel 1983-1972) as early as the 1970s, according to which the shemitah does not apply to the territories of Judea and Samaria (unfortunately), since they do not meet the condition of Jewish sovereignty in practice.

If so, why should we also insist this year, specifically this year, on planting in Palestinian lands? Because evil did not pass from the world. Unfortunately, the world does not have shemita. And Meir Ariel has already written: “And you already know how to do shemitah correctly, that you are running to take more and more land.” Before the IDF and police data, in the last harvest season there were almost a hundred cases of assault, arson, harassment, vandalism of trees, olive theft and property against Palestinian farmers. Volunteers of our organization were also attacked twice. 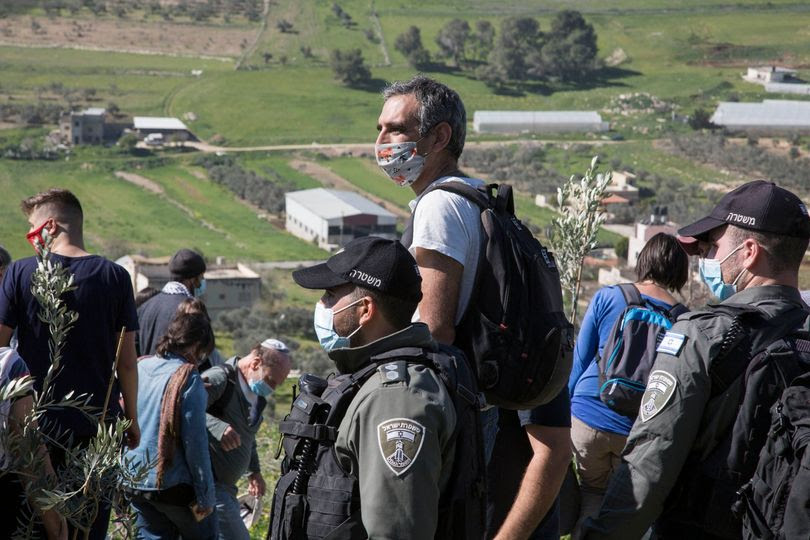 Some people want to close their eyes to these phenomena. When the Minister of Internal Security, Amar Bar-Lev, dared to condemn the rioters in front of an American official who asked him for answers regarding violence during the harvest season, he showed a decent portion of piety and righteousness. As if these acts of terror and assault justify turning a blind eye and “kind” treatment of masked rioters from the hills. And when the Deputy Minister of Economy, Yair Golan, spoke about tombstones shattering while using an inappropriate expression – his words became a wonderful opportunity to ignore the act itself.

I think it’s simple. “Depart from evil and do good” (Psalms, 14:15). I expect and want to see more and more Israelis in the front line of the stubborn fight against violence and terrorism perpetrated by the “Youth of the Hills” and other organized gangs in the West Bank. I want to see them with us as well, in an event that seeks to do what Jewish values command us to do – correction.

We did not invent terrorism, the use of force or the feelings of nationalist supremacy. We are neither original nor the “most outstanding” in this field. But Jewish supremacy and Jewish terrorism are disgusting and shocking, especially when one remembers that the roots of Judaism are rooted in standing up to power. They are also dangerous to all of us. “Zion in righteousness shall be redeemed, and her captives in righteousness” (Isaiah, 1:27).