Rabbis for Human Rights Executive Director, Avi Dabush, in a special hearing before the Knesset Law and Constitution Committee (Chaired by MK Rabbi Gilad Kariv), held following attack on our activists this past Friday in the West Bank village of Burin: “This hearing was held following one of the most brutal attacks that we have seen in our many years of activism. Masked men, with no fear of God, attacked with clubs and stones, our volunteers, some of them over 80 years old, thinking that they can impose their vision of Jewish supremacy over the land, from which Palestinian farmers must sustain themselves while living under impossible circumstances.

“I expect that out of this committee, from the Government and from law enforcement to act swiftly to declare these Jewish militias as terror groups and the people harmed by their violence as victims of terror. We demand the mapping and evacuating these illegal outposts. Sharpening of the standing orders regarding arresting violent settlers and to give the army and the police the authority to make arrests. We must put an end the situation in which soldiers stand idly by while the violence happens and to make such failures to act an offence under the military justice code. There must be more parliamentary oversight over what happens on the ground. As long as the State and the law enforcement authorities continue to fail to protect Palestinian farmers, the blood that is spilled will be on their hands too.” 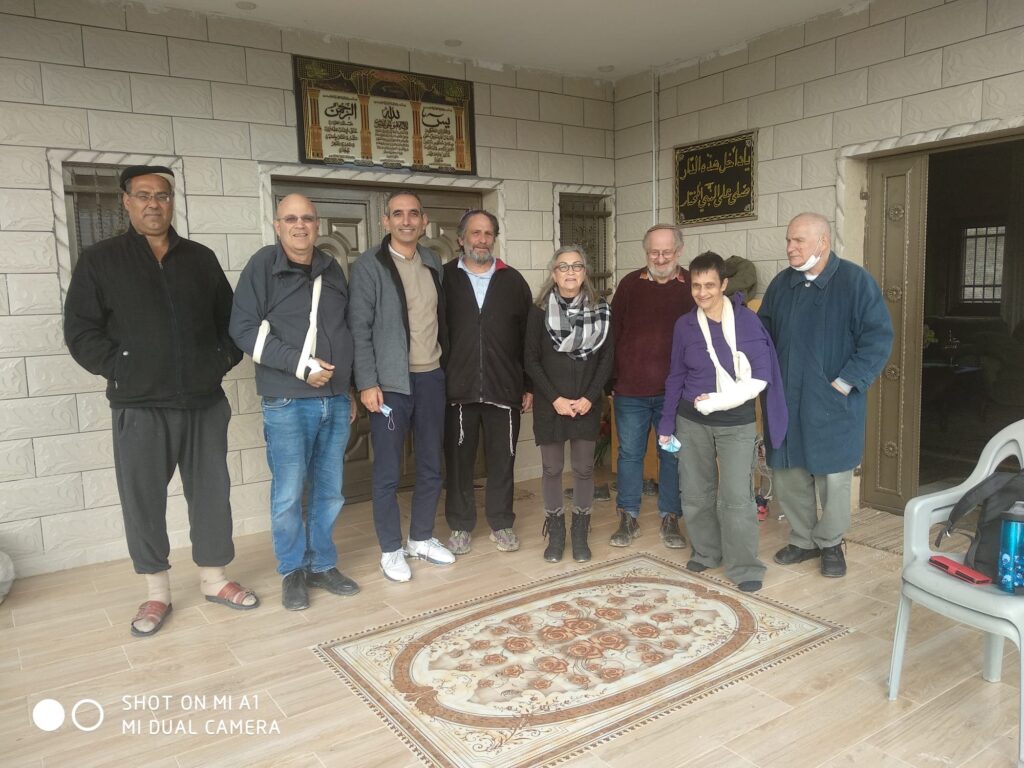 A delegation of rabbis from RHR and activists who were injured in Friday’s attack traveled back to Burin to meet with farmers and to say no to terror by Jewish settlers.