This essay is the latest in RHR’s series of ‘Kolot: Voices of Hope’ profiles of Israelis and Palestinians furthering the cause of peace and equality and is also presented as part of their END THE EXPULSIONS matching grant campaign from June 1 to June 30. With only one day left in RHR’s campaign, please help them to reach our goal and double the impact of your gift by giving now.

On the 21st of January 2022, Palestinian and Israeli activists gathered together at the West Bank Palestinian village of Burin to plant olive trees. Roughly corresponding with the holiday of Tu B’Shvat, olive tree planting in Palestinian villages as well as participation in the Palestinian olive harvest are longtime Rabbis for Human Rights (RHR) traditions. While the activists were working, settlers from the Givat Ronen settlement descended down the hill, threw rocks at them, attacked them with clubs, and torched a car. This attack was carried out in the name of Judaism—or, should we say, in the name of a distorted version of Judaism that, among other things, subscribes to the belief that the Land of Israel belongs to the Jews, and the Jews alone. 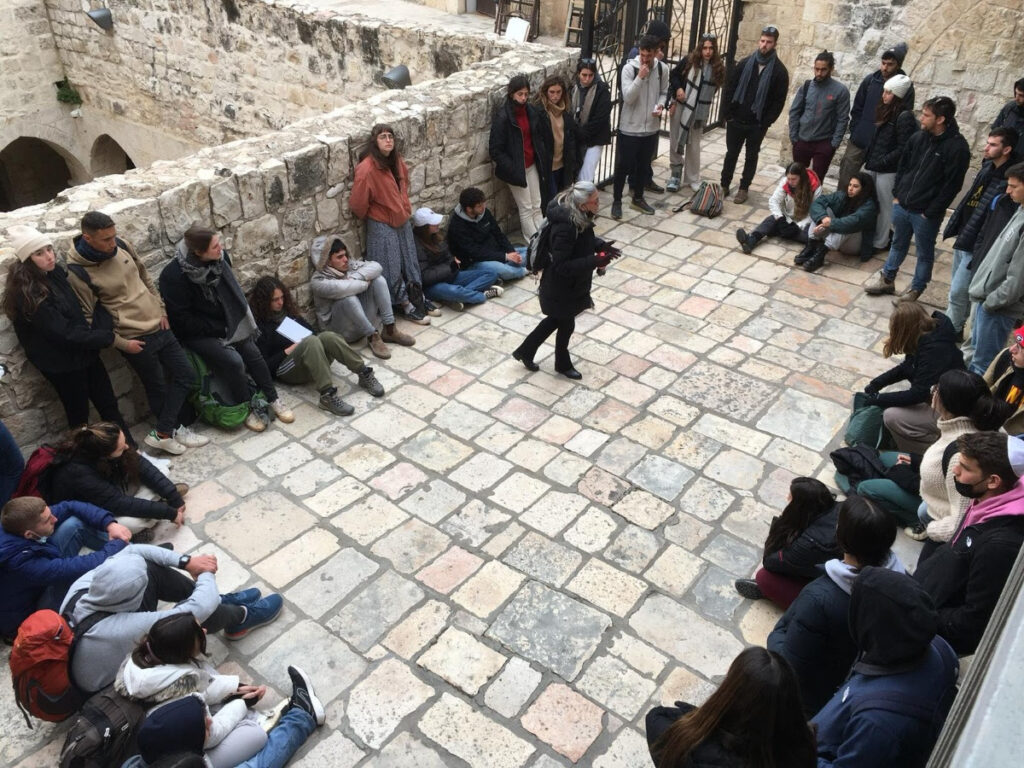 Two weeks later, an RHR-led coalition of activist organizations returned to Burin for a massive tree planting to unequivocally, and in solidarity with Palestinian farmers, rebuke the violence and denounce the Jewish terrorists who perpetrated it, and continue to perpetrate it, and to demonstrate that there is a different Judaism. Every time we come to support Palestinians in solidarity and to resist human rights violations, we also do this in the name of Judaism, and our belief that this is the Jewish ethic. Human rights violations aren’t the way of Judaism.

RHR was established in Israel in 1988 during the First Intifada, in response to the human rights violations being committed in the Occupied Palestinian Territory (OPT). Ever since then, RHR, now a movement of over 150 Rabbis of all denominations, is present in Israel and the Occupied Territory where human rights violations occur. We promote a vision of Judaism that embodies and promotes peace, justice, and cooperation. 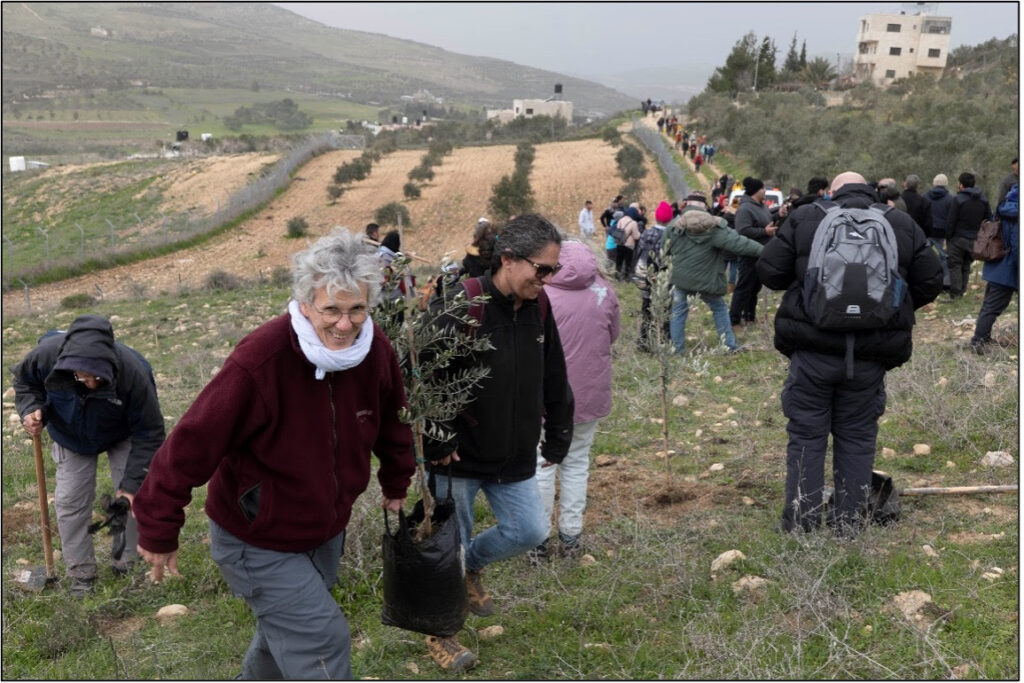 RHR supports Palestinian farmers from the plowing season, when the land is prepared for planting trees, to the olive picking season, when the fruit can be collected and enjoyed. Our support allows farmers to expand their agricultural work and to access their lands, which they otherwise wouldn’t be able to, due to the threat of settler violence. Rabbis and activists come to the field to provide protective presence and volunteer their labor to assist the farmers in their work. This work is significant and has become one of RHR’s unique Jewish rituals, which celebrates Judaism and Jewish holidays and traditions by looking at our world through the prism of Judaism and human rights.

Additionally, RHR supports families and communities in East Jerusalem who are under threat of eviction or whose homes are under threat of demolition. House demolitions and evictions are primarily the result of discriminatory Israeli laws which allow Jews to reclaim property that was lost during the 1948 war but does not allow Palestinians to do the same. Additionally, the near impossibility of Palestinians being granted building permits by the Jerusalem Municipality means most of the homes that they build or expand in East Jerusalem are called “illegal,” and therefore can be demolished to create Jewish spaces instead and slowly drive Palestinians out of the city. RHR firmly rejects this injustice and supports families and communities in their struggle, bringing activists and Rabbis to the houses themselves to resist the unjust policy and mobilize support for a more humane one. 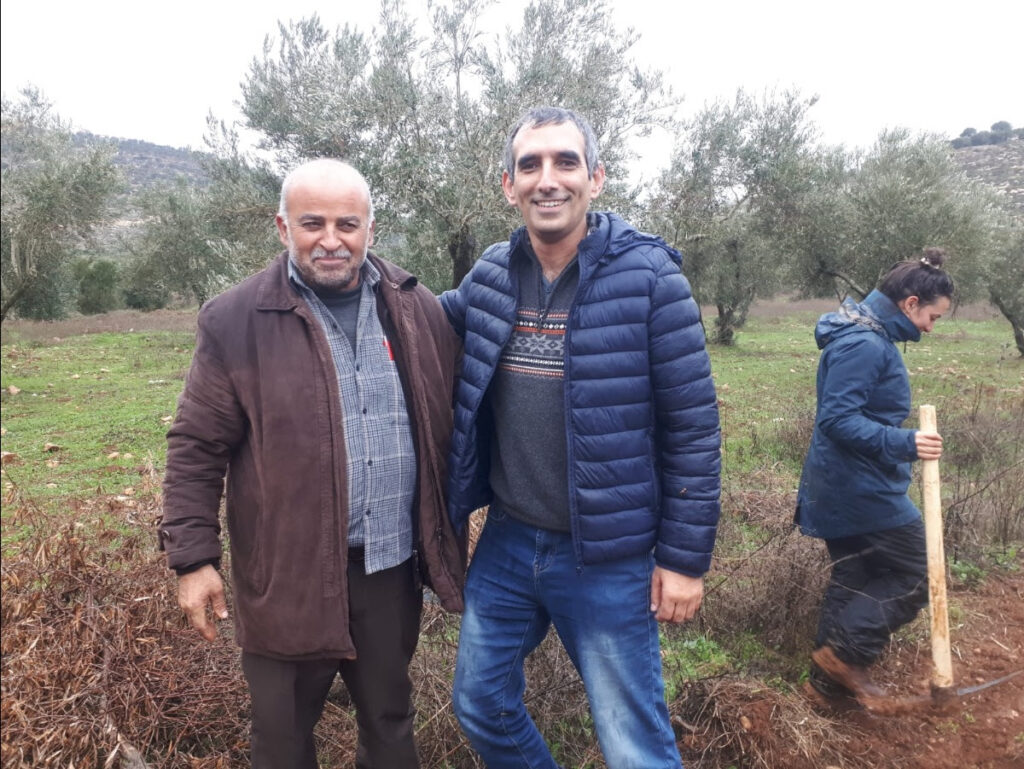 Planting in partnership with Palestinian olive farmers, against settler violence, for human rights and for peace. Credit: RHR

RHR has over 30 years of experience working in the human rights field—and not only in the OPT. RHR also works on economic justice and food security matters inside of Israel, where we lead the fight for laws and policy that will lift the curse of poverty from so many people. We operate a unique walk-in rights clinic that assists people with their daily struggles of negotiating the system and obtaining the public assistance to which they are entitled. Running empowerment groups and maintaining an ongoing presence in the public housing advocacy ecosystem are just some of the additional ways that RHR works to promote economic and social justice in Israel for all its citizens.

One of RHR’s flagship programs is our work in Pre-Military Academies (PMAs). Young Israelis following high school can elect to take a gap year in any number of programs before their army service. Many of them choose these PMAs. Working with over 20 groups in around 25 academies, our yearlong course, based on the Israeli Declaration of Independence, is supplemented with experience in the field and calls on the participants to think critically and challenge the mythical thinking about Israel that is so prevalent. Exposing participants to the realities of the Occupation, the inequalities facing Bedouin citizens of Israel in the Negev, and the vast complexities and injustices in Jerusalem, East and West, is the best way to cause them to think openly about what they see in Israel and be better leaders, in the army and beyond. 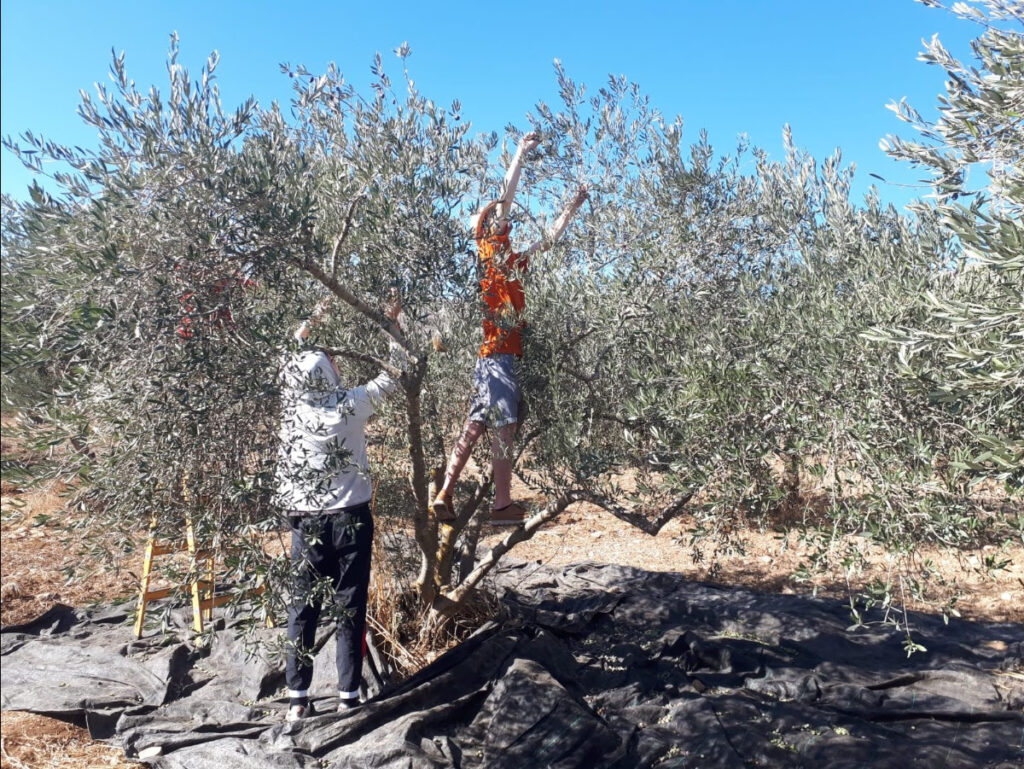 The Place of “A Different Judaism”

Justifications for perpetuating Israel’s control of the Occupied Palestinian Territories range from the metaphysical (“the Land was promised to us in the Bible”)—to the military (“we must continue to hold on to the land until a permanent-status solution can be negotiated for the sake of security and in the face of terror attacks”). We believe that these justifications must be held to the highest standards established by the Prophets of Israel. In our reading, the Bible establishes a clear linkage between moral probity and continued inhabitancy in the Land. If the State of Israel is to survive and thrive, it must hold itself to these Jewish standards of equity, transparency, and justice.

We are committed to raising a Jewish voice of protest against the attempt to wrap abuses of human rights in a tallit, a prayer shawl—that is, to employ Judaism as their justification. As for security concerns, they should not be used as a smokescreen behind which intensive construction of roads and settlements makes any future compromise functionally impossible. Within our organization, different opinions abound concerning the best way for Jews and Palestinians to live alongside each other in peace and security, and none of us believe that the road towards this goal is easily paved. In the meantime, we are sounding a Jewish voice of conscience against systematic abuses of human rights committed in the name of our Judaism.

RHR has been and continues to be a voice of Judaism that is pro-peace and which rejects violence and human rights abuses. We advocate, both in the tradition of the human rights system and in the Jewish tradition, for these abuses to cease.

It is the clear conclusion of our founders, members, and current leadership that reliance on international standards alone is not sufficient for promoting a culture of respect for human rights and peace in Israel and by Israelis. Rather, if violations are committed in the name of Judaism and with justifications anchored in it, there must be a Jewish-based response manifested in proactive initiatives. There must be a voice and activism on the ground rooted in a Jewish traditional analysis which concludes that Judaism compels us to respect human rights and facilitate change. That is the unique role of Rabbis for Human Rights. 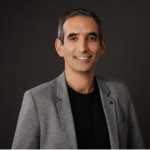 Avi Dabush is the Executive Director of Rabbis for Human Rights. He lives in Sderot and is an activist, author and rabbinical student.